How low-carbohydrate diets are ‘damaging the nation’s health’ 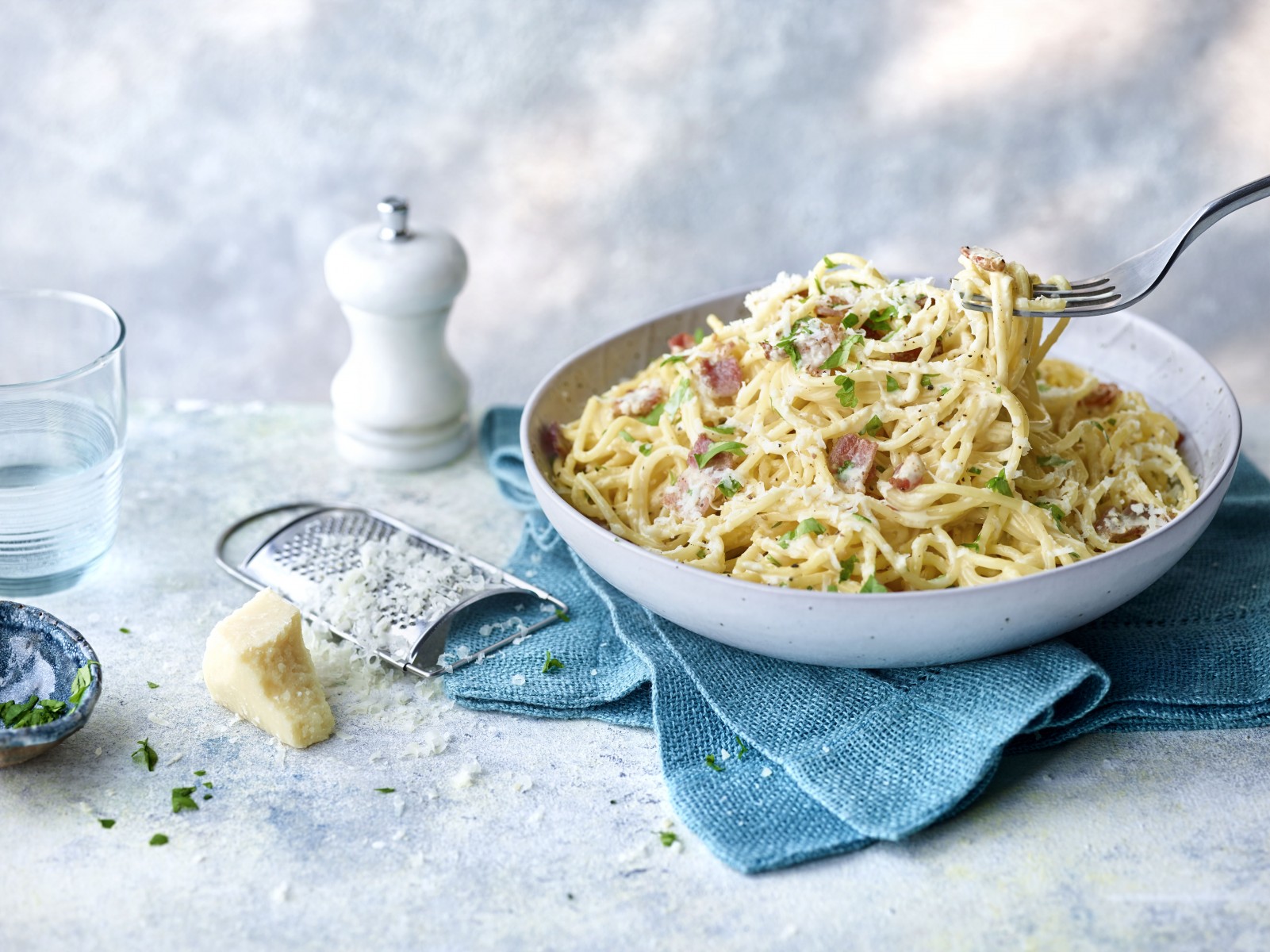 New research by YouGov has found more than a third (37%) of people who have tried to lose weight have attempted to follow low-carbohydrate diets, popularised by celebrities such as Gwyneth Paltrow and Kim Kardashian.

The Big Carb Survey also reveals that low-carbohydrate plans, which see dieters cutting out starchy carbohydrates like potatoes, pasta, rice and bread, are difficult to follow. Respondents who have found these diets difficult to follow put it down to enjoying carbohydrates too much (52%), often feeling hungry (46%), feeling limited in what they could eat (40%), and finding the diet boring (30%).

In addition to these challenges of hunger and boredom, robust scientific evidence from the World Health Organisation, as well as UK and USA government guidance, shows that carbohydrates should be part of a healthy balanced diet within a weight-loss plan. Yet contrary to the scientific advice and despite the difficulty of sustaining a low-carb diet, two thirds (66%) of the 2,103 survey respondents have heard that low-carbohydrate diets are better for weight loss, and just over one third (35%) have heard that it was impossible to lose weight without cutting carbohydrates.

When asked if starchy carbohydrates should be the main source of calories in a healthy, balanced diet, in line with current government guidance, 81% thought this was a myth or weren’t certain whether it was a myth or fact. Only 19% understood it to be a fact. Furthermore, almost half (46%) of those surveyed reported to have heard that ‘Fruit is full of sugar so should be avoided’, nearly one in three (30%) reported having heard that ‘All carbohydrates are bad’ and almost one in three (31%) reported hearing that ‘Carbohydrates aren’t essential for a healthy balanced diet’.

Slimming World, which commissioned the YouGov research, says the study proves that people are bewildered about the role of carbohydrates in weight control due to conflicting and controversial messages coming from sources including the media (54%), the diet industry (30%) and social media (26%). The UK’s leading commercial weight-loss authority says the nation is confused about the role of carbohydrates in health and weight control and this confusion is hindering successful weight management and damaging the nation’s health. 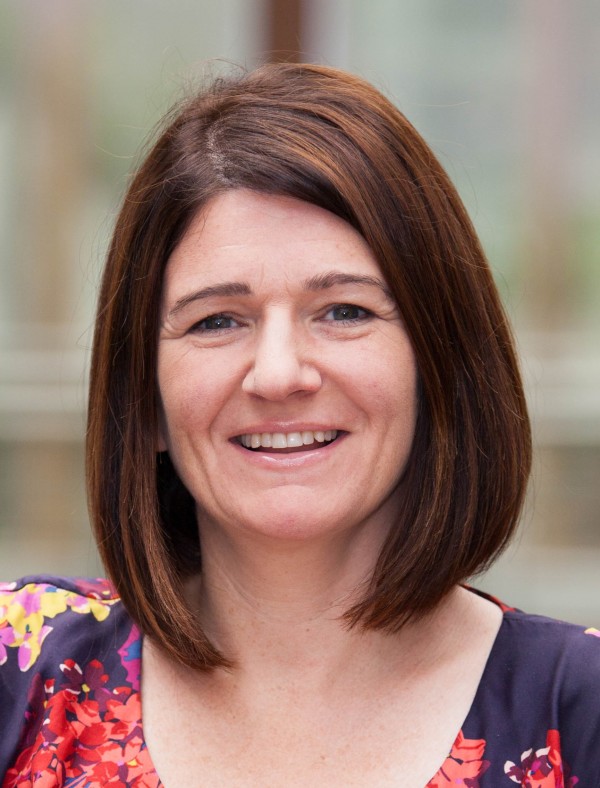 Carbohydrates play an important role both in a healthy diet and in sustainable weight loss – and the current carb confusion is fuelling the UK’s obesity problem.

Dr Jacquie Lavin, Head of Nutrition and Research at Slimming World, says: “There is a deep-seated misconception that people should avoid carbohydrates when they’re trying to lose weight, and as a nation we’re bombarded with anti-carbohydrate messages.

“Yet the truth is, carbohydrates play an important role both in a healthy diet and in sustainable weight loss – and the current carb confusion is fuelling the UK’s obesity problem. A diet to aid weight loss needs to be healthy and balanced*. It should give people the freedom and flexibility to enjoy a healthy balance of protein, carbohydrates and fat, and importantly it needs to be sustainable for the long term – without deprivation or cutting out whole food groups. As our research shows, low-carb diets are hard to follow. So if you want to lose weight this new year, and keep it off, avoid low-carb diets.”

Being hungry, which the Big Carb Survey found almost half of those (46%) who tried a low-carbohydrate diet often experienced, typically leaves people feeling unable to sustain weight-loss attempts.

There is a growing evidence base which proves that foods higher in protein and carbohydrates are far more satiating than foods high in fat[ii]. Eating filling, lower energy dense foods (those foods which have fewer calories per gram), which include carbohydrates such as pasta, rice and potatoes as well as fruit and vegetables, enables people to consume a larger volume of food and avoid hunger while reducing their overall calorie intake.

Dr Lavin continues: “For decades at Slimming World we’ve promoted the importance of filling up on low energy density foods – including starchy and fibre-rich carbohydrates such as pasta, potatoes and rice, plus plenty of fruit and veg – because you can eat large amounts of these foods for relatively few calories and feel fuller and more satisfied while losing weight.

“Obesity not only has an impact on our own personal health but puts a massive strain on our National Health Service, which has to deal with a number of obesity-related conditions. What people need is help and advice to lose weight and keep it off. Advising overweight people to follow low-carbohydrate diets, which we know are unsustainable and potentially cut out a group of foods that are essential for a healthy balanced diet, is irresponsible. It sets people up to fail and is likely to leave them struggling with feelings of guilt and low self-esteem as well as potentially regaining the weight they lost.

“To end this vicious cycle, it’s vitally important we stop demonising carbohydrates and provide people who’d like to lose weight with accurate information, alongside effective support for maintaining healthy, flexible and sustainable diets.”

For more information on how confusion about the role of carbohydrates in our diet is damaging the nation's health, please download Slimming World's Carbfusion report.

[i] All figures, unless otherwise stated, are from YouGov Plc. Total sample size was 2103 adults. Fieldwork was undertaken between 19th - 20th November 2018. The survey was carried out online. The figures have been weighted and are representative of all UK adults (aged 18+).

*Food Optimising is based on three simple steps: Free Food, foods such as fruit, vegetables, lean meats, potatoes, pasta and rice which can be eaten freely; Healthy Extras, controlled amounts of foods like cheese and breakfast cereals which provide essential calcium and fibre; and Syns, controlled amounts of high-fat, high-calorie food products such as chocolate and alcohol.

For further information or to interview Dr Jacquie Lavin, please contact the Slimming World press office on 01773 304 253 or 07940 582 491 or email lysette.mazur@slimmingworld.co.uk

Slimming World was founded by Margaret Miles-Bramwell (OBE, FRSA) in 1969 and is celebrating its 50th anniversary in 2019. There are now more than 19,000 weekly groups supporting 900,000 members across the UK and Republic of Ireland. Groups are run by a network of 5,000 community-based Slimming World Consultants, who receive specific training in the role of diet and physical activity in weight management, as well as techniques to motivate members to make lifelong changes. Slimming World’s healthy eating plan, Food Optimising, is based on the science of satiety and energy density. Our phased activity programme, Body Magic, eases members into activity until it becomes an intrinsic part of their daily routine. The principles behind Slimming World’s philosophy are based on a deep understanding of the challenges faced by overweight people and recognition that those who struggle with weight carry a double burden, the weight itself and a burden of guilt and shame about their weight. Slimming World’s programme integrates practical, up-to-date advice with a highly developed support system based on care and compassion, and Consultant training focuses on providing powerfully motivating, warm and friendly group support to help people make changes that they can keep up for life. Consultant training is delivered through the Slimming World Academy. Slimming World also invests in a comprehensive research programme to develop its support for long-term weight management. The group support provided by Slimming World is recognised as effective by the National Institute for Health and Care Excellence (NICE) and the NHS.