Dave Winchester, from Kent, has lost an incredible 14½ stones after he learned at his father-in-law’s funeral that his dying wish was for him to join Slimming World.

A dad-of-two from Kent has lost a life-changing 14½ stones after discovering that his father-in-law’s dying wish was for him to join Slimming World and lose weight.

Dave Winchester, 36, once weighed 27 stones and he recalls breaking beds, sofas and chairs due to his size. He was regularly abused by strangers in the street and felt as though he wasn’t being the fun, active dad he wanted to be to his children.

Dave, who lives in Ashford with his wife Susie, 35, daughter Heidi, seven, and four-year-old Freddie, says: “I was quite sporty as a child, so my weight didn’t start going up until I left home and was making my own choices around food. Takeaways and convenience food were just the norm, as were nightly cans of cider. Being so overweight left my back and joints in near constant pain – the drugs prescribed by my doctor barely took the edge off, so I depended on extra-strong painkillers I got from a friend.

“I knew I had a problem, but it wasn’t until the wake when my mother-in-law told me her husband’s dying wish was for me to join Slimming World that I decided to do something about it. He’d been a member of the local Baptist church and had seen the posters for a Slimming World group that was held there. I knew he wanted the best for his daughter and grandchildren, so I decided to try and tackle my weight once and for all.”

With Slimming World’s Food Optimising eating plan, members can enjoy a wide variety of healthy everyday foods, such as fresh fruit and veg, lean meat and poultry, fat free dairy, pasta, rice and grains, without weighing, counting or measuring. This freedom and variety means that slimmers can lose weight without being hungry, and personalise the plan to the way they like to eat.

Dave says: “What I loved about Slimming World was that I could still eat big, hearty portions so I never felt hungry. I’ve tried every diet you can think of – soups, juices, calorie counting... they all worked for a while, but I’d inevitably end up hungry and reaching for the nearest quick fix – usually crisps, chocolate or the takeaway menu. So with Slimming World it was amazing to me that I could lose weight and still have a full English and steak and chips.” 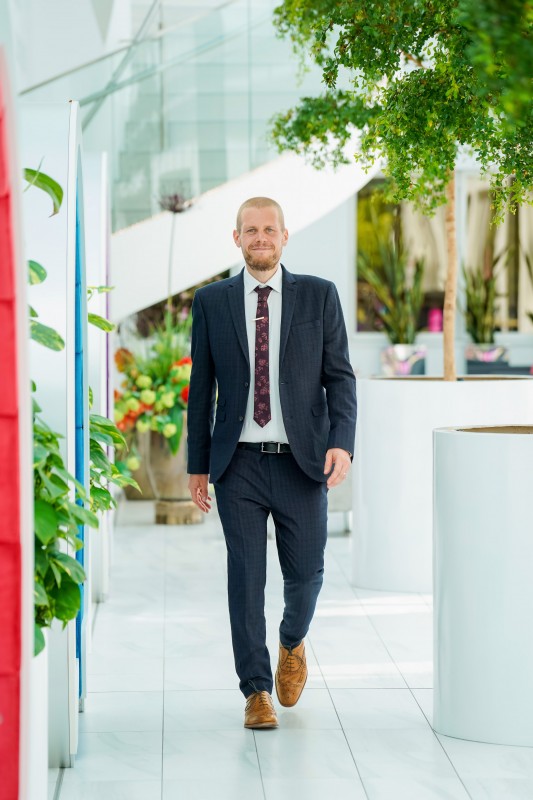 By following the Body Magic programme, I built up how much I was doing at my own pace.

Dave was doing well until the pandemic hit and he says he found himself slipping back into old habits during lockdown, so in October 2021 when Slimming World groups reopened, he decided to join his local group in Ashford.

“I felt nervous because I had this perception that the group would be really cliquey and full of women – and I worried I’d be made to feel even more ashamed for being so overweight than I already was. It was nothing like that at all though; so much better than I imagined. I wasn’t the only guy there and everyone I met was so warm and supportive, plus we all had one thing in common – we all wanted to lose weight!”

Like Dave, men often think Slimming World isn’t a man’s world but research shows that men lose more weight than women when they join, as well as dramatically improving their physical and mental health, boosting their energy, getting fitter – and having more sex. There are now 40,000 men attending Slimming World groups every week and 92% of them say they’d recommend it to a friend or colleague.

After a few months, Dave found that his energy levels soared and says hearing about Slimming World’s Body Magic physical activity programme in his weekly group encouraged him to think about he could get back to the more active lifestyle he enjoyed when he was younger, including re-joining a cricket team.

In recent research, close to two thirds of male Slimming World members and potential members said they wanted to improve their fitness. Just over half of the men who took part were doing more than 30 minutes of activity each week before they joined Slimming World. That increased to 89% after becoming a member.

Dave says: “I realised how much I’d missed the social side of cricket, too. I also tried to get the kids to be more active, taking them swimming and for bike rides. By following the Body Magic programme, I built up how much I was doing at my own pace, and in time I actually got rid of our second car because I found it simpler to walk or cycle to wherever I needed to be. It’s crazy to think I once avoided driving because my stomach got in the way of the steering wheel, now I avoid it because I’d rather be on my bike! The savings on fuel are pretty helpful too!”

However, by far the biggest benefit to come from Dave’s weight loss is the impact it has had on his family life. He says: “I finally feel like the dad I always wanted to be. Heidi and I went to Park Run together recently and she absolutely loved it. There’s no way I could have done something like that with her before I lost weight, I barely had the energy to play with her at all.

“I hope that her grandfather is proud of how far we have come as a family. We’re all active, happy and healthy and I think that’s the life he wanted for us.”

For further information please contact Lucy Fisher in the Slimming World press office on lucy.fisher@slimmingworld.co.uk  or 01773 304245

To watch a video of Dave talking about his weight loss, click here.

●This story is NOT for syndication to any magazines without the consent Dave Winchester and the Slimming World press office (details above).

● Slimming World and Dave Winchester retain copyright of all images attached to this press release. After photos should be credited: Slimming World/Field Photographic

· Our unique programme is based on a powerfully motivating support system called IMAGE (Individual Motivation and Group Experience) Therapy. Underpinned by a deep understanding of the psychology of overweight people, and incorporating the most effective sustainable behaviour change techniques, IMAGE Therapy is designed to inspire and motivate slimmers to make positive changes and to develop new, healthier habits around food and activity.

· Food Optimising is our healthy eating plan, based on the liberating concept of Free Food. We encourage our members to fill up on those foods that are naturally lower in energy density (calories per gram) and also highly satisfying while limiting foods that are highest in fat and sugar and are less satisfying, so they lose weight without ever feeling hungry or deprived and without having to weigh, measure or count everything they eat.

· Our activity programme, Body Magic helps members to overcome any barriers around activity. Members choose when to start and they set the pace, finding activities they genuinely enjoy, until regular physical activity becomes an intrinsic part of their daily routine.

At the heart of everything we do lies our passion for treating every member with genuine care, empathy and respect.

We’re proud to work with the NHS, the Office for Health Improvement and Disparities (OHID), The Royal College of Midwives and others to help shape the future of weight management in the UK and Ireland.

For the Press Office visit our newsroom or email public.relations@slimmingworld.co.uk

Slimming World staff turn it up a gear for Cycle to Work Day
Meet Slimming World's 2022 London Marathon Team
Life begins at 50 for slimming couple who lost 27st
Slimming World unveils accessible book reader app
Slimming World throws clothes to support charity for first time since pandemic
“Since I lost over 12 stone with Slimming World, I’ve reversed my type 2 diabetes and given back my blue badge”