A business owner from Cambridgeshire has bagged a national slimming title after maintaining a life-changing 7st weight loss for an impressive 12 years, down-sizing from a size 24 to a size 12.

Linda Stearn, 62, started gaining weight in her teens when working in a newsagents, where she would spend her days snacking on sweets and chocolates. Later in life, she gained weight with each of her three pregnancies.

Her final straw came after the sad death of her mother. This event, coupled with a period of uncertainty at work, meant Linda’s mental health took a turn for the worse. She became more and more aware that her weight was a factor, and decided to take the step to join her local Slimming World group.

Linda, who lives in Cambridge, says: “After my mother died, I went through a 12-month period of difficulty at work – two life changing events which I had no control over. This led to a difficult period filled with anxiety, panic attacks and depression. My weight just seemed to contribute to this even further.

“Having been to a Slimming World group in the past, I knew that the support I would get from my Consultant and fellow members would help me deal with my weight once and for all – it was one thing I could finally take control of.

“As soon as I walked through the door, I knew that I’d done the right thing. I was shocked when I saw the number on the scales, but my Consultant reassured me that I could lose the weight for good. And with the support of her and my group to help me be committed and accountable, I knew I absolutely could.”

Research shows following a diet that is based on satiety and energy density, filling up on foods like fruit and vegetables, beans and pulses, pasta, potatoes, rice, fish, poultry, lean meat and eggs while still enjoying occasional treats like chocolate or wine, helps enable people to develop lasting, lifelong eating habits1.

When Linda reflects on what life was like when she weighed more than 17st, she says: “I was always the comedian, making jokes about myself before anyone else did. Deep down I was not in a good place. I even faked an illness once to get out of going to a New Year’s Eve party, because I was so deeply unhappy with the way I looked.

“I have my own cleaning company and it became increasingly difficult to do my job before I lost weight. I found it hard having to go up and down stairs, and even simple tasks like bending and being able to get up and down were difficult for me. I had problems with my knees and was even turned down for a knee operation because of my weight – I was told my size made me too much of an anaesthetic risk.”

Linda was overwhelmed by the support she received when she decided to join her local Slimming World group. 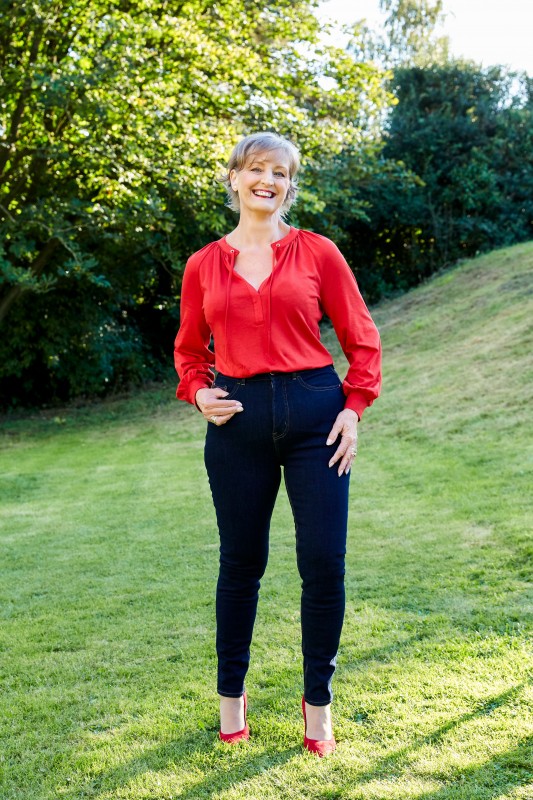 I love my Tuesday nights! My Consultant Karen and the whole group just ooze love, encouragement, inspiration and support.

Even now having been at my target weight for 12 years, I still come away from the group with new ideas and a feeling of being part of a very special family.”

And a new boost of energy prompted Linda to become more active. She says: “Since losing weight I’ve joined a gym and I’m no longer worried about how other people see me. I started walking and have built up to around eight miles at a time now. I also completed the Couch to 5k and discovered my love for running, something I never thought I would try – let alone love.”

As well as helping her to become more active, Linda was thrilled to still be able to eat all her favourite foods. She says: “I love the easiness of the plan and the fact you can eat such a variety of foods without having to weigh and measure everything. I know how to make healthy choices. I have my sweet treats without feeling guilty and I eat out and enjoy special occasions – Slimming World works around my life so well.”

Of course, Linda is often asked what the secret to maintaining her weight loss is. She says: “My only answer to that question is to join a group. It really is the best place to form and stick to new habits. It’s been key to my success. If I ever had moments of self-doubt, I found discussing this with Karen and the other group members really helped to keep me on track.

“Slimming World has helped me to completely change my lifestyle for the better – and I’m so much more confident and happier in every aspect of my life, I now buy clothes because I like them, not just because they fit and have since undergone surgery without me having to worry about my weight at all.

“By far the best thing to come out of my weight loss though, is my ability to run around and play on the park with my grandchildren now – it’s such a great feeling. I really do enjoy life to the full.”

Breakfast: Sugary cereal or toast with lots of butter and marmalade

Lunch: Sandwiches with bag of crisps

*Slimming World’s Diamond Member competition is open to all members who have reached their personal achievement target weight and maintained that weight for more than 12 months. Around 10% of Slimming World’s membership are target members.

**At Slimming World, members choose their own personal achievement target and once they reach that weight, they can continue to attend their Slimming World group for free every week, while they remain 3lbs either side of their target, to receive support and inspire other members.

We’re proud to work with the NHS, Public Health England, The Royal College of Midwives and others to help shape the future of weight management in the UK.