“Since I lost over 12 stone with Slimming World, I’ve reversed my type 2 diabetes and given back my blue badge”

Finance Systems Analyst Hilary Sard, 57, from Croydon, joined Slimming World on the same day she was diagnosed with type 2 diabetes. Hilary lost 13lbs in her first week and reversed her type 2 diabetes by eating healthily and being more active

Hilary’s experience backs up research* showing that people with type 2 diabetes can improve their diabetes management by making healthy lifestyle changes and losing weight following Slimming World’s programme. More than half, 51%, of the Slimming World members who had lost at least 10% of their body weight said they had reversed their type 2 diabetes. Almost two thirds, 61%, were able to reduce or stop taking medication and 81% saw improvements in their blood glucose management. An incredible 80% reported an improved quality of life and 76% of members with type 2 diabetes said they found it easy to fit dietary recommendations from their healthcare team into Slimming World’s Food Optimising eating plan.

“Back in December 2019 weighing 25st 4lbs, I joined my local Slimming World group. I’d been to see my GP that morning and he’d told me I had type 2 diabetes. It was the wake-up call that I needed.  I’d already been told I’d need to lose weight to have a knee replacement, I had high blood pressure, high cholesterol and walking was so painful that I had a blue badge to enable me to park nearer to where I was going. I’d tried various diets before as I’ve always struggled with my weight and never had any success. Rather than taking medication, I told my GP I’d like to try to lose weight myself. I could see he was doubtful however he said he’d give me two months and then he’d need to see me again. I went straight home and Googled weight-loss services and Slimming World came up.  I saw there was a group that evening near to me and thought if I don’t do this today, I’m never going to do it.” says Hilary.

“Going through the doors that evening I nearly ran away.  I wasn’t a people person at all back then and had no self-confidence. Everyone was so welcoming and when I heard Hayley deliver the new member talk, I honestly didn’t believe it.  I can remember thinking, ‘you can’t lose weight and eat spaghetti…you can’t lose weight and eat cheese!’.  I was determined to prove Hayley wrong and be able to say, ‘I told you so’.  That first week, I lost 13lbs, the plan proved me wrong which I was delighted about!  OK, I thought, this works,” says Hilary

“Only a short time after I started following Slimming World’s healthy eating plan, I could see why it worked so well. It was easy to tailor it to my individual needs for my diabetes while at the same time following the advice from my health care team. As soon as I found out cheeseburgers, pasta bakes and spaghetti Bolognese were all on the menu, so long as they were cooked in a healthy way with lean beef mince and low-calorie cooking spray – that’s when I knew this was a flexible way to lose weight where I’d feel in control.  I started to cook from scratch again and I’ve never felt so full in my life!  Gone were the ready meals and takeaways. I love the huge range of food I can eat without even thinking about counting calories and the meals make me feel good inside. We shared recipe ideas at group and once I told my ‘foodie’ friend Peter about Food Optimising, he took enormous pleasure sending me exciting recipes he finds that he knows I'll easily be able to adapt to fit the plan. I've never had so many exciting options to cook, I was losing weight and never feeling hungry!

“After two months, in February 2020, I had my appointment with my GP.  By this time, I’d lost 2 stone and I couldn’t wait to see his reaction. He was visibly stunned by my weight loss.

“Throughout lockdown, with the continued support of my Slimming World group and by following the eating plan, I continued to lose weight. Then, in October 2021, I had an appointment to see the same GP in person again. He couldn’t believe it was me and looked at me blanky, he was speechless and finally said, “Incredible. It can be done!” I felt so proud, by eating healthily and being more active, I’d managed to reverse my diabetes.”

More than 4.9 million people in the UK have diabetes[1], with 13.6 million people in the UK at increased risk of type 2 diabetes, a major contributor to kidney failure, heart attack, and stroke. A study from the University of Cambridge released earlier this year found people with type 2 diabetes have a higher risk of earlier health problems including cancer, with experts linking the condition to a higher incidence of 57 long-term illnesses. As well as the human cost, type 2 diabetes treatment accounts for around 10% of the annual NHS budget[2].

Carolyn Pallister, Nutrition, Research and Health Policy Manager at Slimming World, says: “The improvements Hilary has made to her health are incredible and our research shows many members experience similar outcomes. Almost two thirds, 61%, of members participating in the study who had lost at least 10% of their body weight reported they were able to reduce or stop taking medication for their type 2 diabetes completely. We saw positive changes in behaviour too with 77% saying they were now more active.” 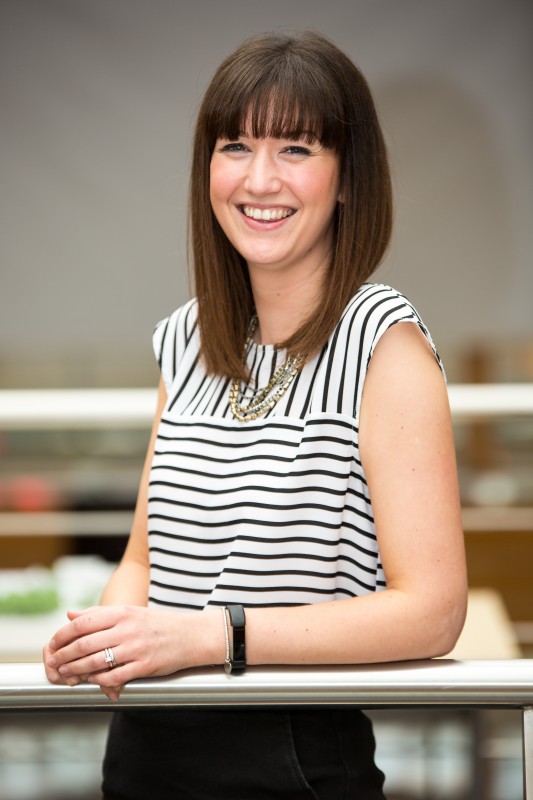 As Hilary discovered, Slimming World’s flexible Food Optimising healthy eating plan can be tailored for our members with diabetes to fit their individual needs and to make sure it’s in line with the dietary advice from their health care professional. It enables members to enjoy a wide variety of healthy everyday foods – like fresh fruit and veg, lean meat and poultry, fat free dairy, eggs, pasta, rice and grains. Sharing ideas about preparing meals and cooking from scratch and swapping recipe tips is a key part of the group experience. Members, like Hilary, also inspire each other to become more active at their own pace and in a way that suits them as their confidence and sense of wellbeing improves

Hilary says, “I’ve dropped 8 dress sizes from a size 34 to a size 16 and find buying clothes far easier now especially since my friend Angelica took me shopping. With her careful guidance, I went into high street stores I’d never dared enter before. She directed me away from the baggy drab options which were far too big for me and helped me to consider beautifully cut trousers and shapely colourful dresses.

“Since losing weight, I’ve got so much more energy. From struggling to walk to the supermarket from my car and choosing to drive the 2 minute walk to the corner shop, I now easily manage 15K steps a day and I choose to walk to places I used to drive to, in all weathers. I’ve even taken on an allotment and I’m able to enjoy a lot of the produce I grow, like asparagus, broad beans and strawberries in my Slimming World meals. 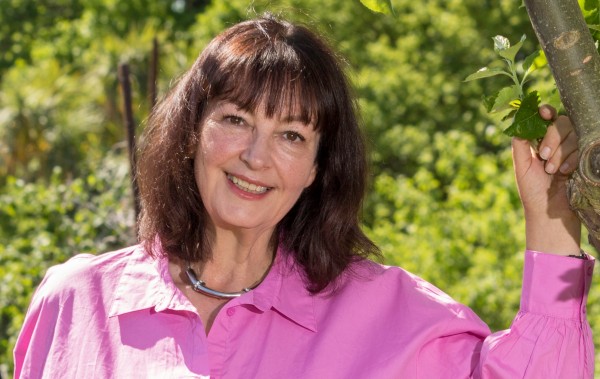 I’ve stopped taking most of my medication and given back my blue badge as I don’t need it anymore. I’m much more outgoing, I have a new zest for life and I’m keen to find a new relationship having been single for the past 7 years as I’ve been so self-conscious about my weight. Losing weight has given me much more confidence and I feel like I have a brighter future.

Hayley Caliskan runs the Addiscombe Slimming World group and is Hilary’s Slimming World Consultant.  She says: “Hilary joined my group at the end of 2019 and it’s been such a pleasure to see her transform into the person she is today. We have the best package in group to help members lose weight, including techniques we share to help members understand themselves better, looking at those foods or situations that are stoppers for them and finding ways to protect their weight loss in the long term. By being part of such a supportive group and changing her habits around food and activity in ways that worked for her, Hilary was able to lose over 12st and go on to reverse her type 2 diabetes. I’m so very proud of her.”

Dinner: Slimming World lasagne with a big side salad or a large bowl of chilli with lots of vegetables in it, some pasta and cheese

·          Our unique programme is based on a powerfully motivating support system called IMAGE (Individual Motivation and Group Experience) Therapy. Underpinned by a deep understanding of the psychology of overweight people, and incorporating the most effective sustainable behaviour change techniques, IMAGE Therapy is designed to inspire and motivate slimmers to make positive changes and to develop new, healthier habits around food and activity.

·          Food Optimising is our healthy eating plan, based on the liberating concept of Free Food. We encourage our members to fill up on those foods that are naturally lower in energy density (calories per gram) and also highly satisfying while limiting foods that are highest in fat and sugar and are less satisfying, so they lose weight without ever feeling hungry or deprived and without having to weigh, measure or count everything they eat.

·          Our activity programme, Body Magic helps members to overcome any barriers around activity. Members choose when to start and they set the pace, finding activities they genuinely enjoy, until regular physical activity becomes an intrinsic part of their daily routine.

At the heart of everything we do lies our passion for treating every member with genuine care, empathy and respect.

We’re proud to work with the NHS, the Office for Health Improvement and Disparities (OHID), The Royal College of Midwives and others to help shape the future of weight management in the UK and Ireland.

For the Press Office visit our newsroom or email public.relations@slimmingworld.co.uk “Since I lost over 12 stone with Slimming World, I’ve reversed my type 2 diabetes and given back my blue badge”