More than half of people struggled to manage their weight during COVID-19 lockdown, suggests UK survey

More than half of adults have found it difficult to manage their weight during the COVID-19 lockdown, according to the results of an online survey involving over 800 UK adults, being presented at The European and International Congress on Obesity (ECOICO), held online this year.

Most say their difficulties stemmed from increased snacking, not exercising as much as usual, increased anxiety or stress, and not being able get hold of healthier food. However, those questioned who had received weight-management support from a slimming club continued to lose weight during this time, exercised more and reported higher overall wellbeing compared to respondents from the general population.

The findings come at a time when the UK Government has unveiled a new obesity strategy with its ‘Better Health’ campaign to encourage millions of adults to kick start their health and reduce their risk of serious illness, including COVID-19. An estimated two-thirds (63%) of UK adults are above a healthy weight, with 36% having overweight, and 28% having obesity.

The new research was led by the UK’s largest group-based weight-loss organisation Slimming World as part of their Health and Wellbeing Study which is surveying new members regularly, over the course of one year about aspects of their health and lifestyle. The survey at the six-month point coincided with lockdown, so questions were added to learn more about how lockdown measures had impacted the nation’s health, wellbeing, and lifestyle behaviours.

Between 9 April and 16 May 2020, 222 Slimming World members* (94% female, average age 52 years) and a representative sample of 637 adults in the general population completed an online survey asking their opinions about their general health, mood, diet, alcohol intake, physical activity, and weight management.

Four in six of the general population (65%; 414/637) and Slimming World members (59%; 131/222) admitted to finding managing their weight since lockdown “very” or “somewhat difficult”. The four key reasons given by both groups included difficulty getting to the shops and obtaining the usual healthy foods; boredom and being at home leading to increased snacking; higher levels of stress and anxiety leading to comfort eating; and more sedentary time and exercising less. However, some respondents in both groups reported some benefits of lockdown including more time to plan meals, cooking from scratch, and sticking to a routine. 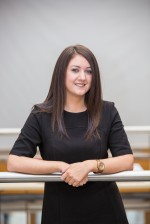 The findings of our study underscore the importance of the support we need if we’re trying to maintain healthy behaviours to lose weight and keep it off. Making and maintaining healthy behaviour changes prior to lockdown provided our members with a level of resilience during this challenging time, supporting them to continue to successfully lose or maintain weight loss.

Two in five (42%) Slimming World members and one in three (34%) of the general population admitted eating more sugary foods during lockdown, while one in four (27%) members and one in five (18%) of the general population reported reaching for fatty foods. Key to note is members had already reduced how frequently they were consuming fatty and sugary foods prior to lockdown as part of their weight loss journey. When looking at key parts of the diet, data indicated that members had a healthier overall diet than non-members (healthy eating score 13 vs 10; with a higher value indicating better overall diet quality).

This could help explain why Slimming World members reported continuing to lose weight during this time, with an average weight loss of 2kg (4.4 lbs) at the early stages of lockdown compared to three months earlier.

The research also highlighted differences in the impact of lockdown on overall health and wellbeing - fewer members said that their general health had been negatively affected compared to the general population (14% vs 22%). In addition, members said they had exercised more (25% vs 17%) and reported higher overall wellbeing than the general population (wellbeing score 28 vs 24; with a higher score indicating more positive wellbeing).

Dr Sarah-Elizabeth Bennett, Slimming World’s Senior Research Associate, who led the study says: “Lockdown turned all of our lives upside down, disrupting our routines and the inevitable worries about our health and the health of loved ones made us feel more anxious than usual. So, it’s no surprise it’s had an effect on our choices around food, drink and activity. Interestingly, the findings of our study underscore the importance of the support we need if we’re trying to maintain healthy behaviours to lose weight and keep it off.

“Making and maintaining these behaviour changes prior to lockdown provided our members with a level of resilience during this challenging time, supporting them to continue to successfully lose or maintain weight loss. Given that excess weight is associated with a higher risk of severe illness from COVID-19 and with lots of people coming out of lockdown feeling concerned about their weight and health, the findings of the study show behaviour change support is more important now than ever."

The authors point to several limitations, including the reduced sample size of those who had completed all surveys to the point of lockdown* and the inclusion of self-reported data which could be prone to reporting biases. The study included a representative sample of the general population at each timepoint, rather than following the same people, therefore it was difficult to make certain comparisons over time. The authors also noted that there could be variations in behaviour and wellbeing depending upon when respondents completed the survey, given the rapidly changing news and guidance during lockdown. They also note that they did not account for potentially confounding factors such as comorbidities, which may have influenced lifestyle behaviour changes.

The research was conducted by Slimming World.

Slimming World is a proud partner in Public Health England’s Better Health initiative, a campaign that provides an opportunity for the nation to reset and introduce healthy lifestyle changes

*While 1884 Slimming World members were polled at baseline, the sample size is based on the 222 respondents who completed all 3 surveys to-date

This press release is based on a poster presentation at the European and International Congress on Obesity (ECO-ICO). All accepted abstracts have been extensively peer reviewed by the congress selection committee. There is no full paper at this stage, but the authors are happy to answer your questions. The research has been submitted to a medical journal for publication.

Slimming World was founded by Margaret Miles-Bramwell (OBE, FRSA) in 1969. Members join local weekly groups or an online programme. Groups are run by a network of community-based Slimming World Consultants across the UK and Republic of Ireland. Consultants are trained in the role of diet and physical activity in weight management, as well as recognised behaviour-change techniques. Slimming World’s healthy eating plan, Food Optimising, is based on the science of satiety and energy density and satiety. Our phased activity programme, Body Magic, eases members into activity until it becomes an intrinsic part of their daily routine. Slimming World’s programme integrates practical, up-to-date advice with a highly developed support system based on care and compassion, and Consultant training focuses on facilitating, encouraging and empowering members to make changes in a supportive, warm and friendly group environment. Consultant training is delivered through the Slimming World Academy. Slimming World also invests in a comprehensive research programme to develop its support for long-term weight management. The group support provided by Slimming World is recognised as effective by the National Institute for Health and Care Excellence (NICE) and the NHS. Following the suspension of weekly groups as a result of the coronavirus pandemic, Slimming World launched a temporary virtual service. It is now reopening its real-life groups step-by-step, where guidance and venues allow.

Impact of COVID-19 on health-related behaviours, wellbeing and the ability to manage weight More than half of people struggled to manage their weight during COVID-19 lockdown, suggests UK survey by #SlimmingWorld